“All women who supplemented with 100,000 IU of Vitamin D per month achieved sufficient Vitamin D status & lost an average of 5.39 kg in six months.”

A recent study conducted at the University of Milan by Dr Luisella Vigna has found that vitamin D supplementation resulted in weight loss in obese and overweight people who are vitamin D deficient.
This study has not investigated the mechanism of weight loss by vitamin D and if it is indeed the sole reason for the weight loss.
The study recruited 400 overweight adults and divided them into three groups:

All participants were put on the same low-calorie diet.
It was found that after six months, only those who took 100,000 IU per month achieved sufficient vitamin D status.
Both groups who supplemented with vitamin D experienced a significantly greater weight decrease and reduction in waist circumference compared to the group who did not supplement.
RESULT:

The researchers then concluded,

“The present data indicate that in obese and overweight people with vitamin D deficiency, vitamin D supplementation aids weight loss and enhances the beneficial effects of a reduced-calorie diet. All people affected by obesity should have their levels of vitamin D tested to see if they are deficient, and if so, begin taking supplements.” 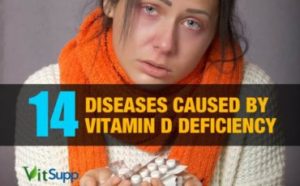 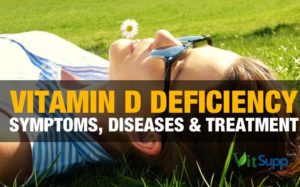 The Role of Vitamin D in weight Loss

Vitamin D receptors are found in more than 30 cell types in the human body. They are a part of our fat and brain cells too. The role of vitamin D at the cell level has switched the interest of the medical community from the role of Vitamin D in bone health – to the now discovered wider & significant role of Vitamin D in Cancer, Cardio-Vascular Health as well as weight Loss.

The fat cells signal the brain about hunger satisfaction via a hormone called leptin. The level of leptin produced by the body is dependent on sufficient levels of Vitamin D.

The more leptin the body produces, the less hungry we feel. When the body has sufficient amounts levels of Vitamin D, it releases more of leptin, the appetite suppressing hormone. However, if we have fewer amounts of Vitamin D, the body, among other things, will lose its ability to control appetite effectively.

The heavier you are the more Vitamin D you need.
Note that it does not matter whether the weight comes from muscle mass or fat storage. So whether you are a physically inactive overweight person, or a really fit body builder, you need more Vitamin D if you tilt the scales more than the average person of your height.
Several studies have also confirmed a link between vitamin D deficiency, abdominal obesity and visceral fat, while research even shows that increasing your vitamin D levels may improve weight loss if you’re following a reduced-calorie diet.

Yes, Bringing your Vitamin D levels to sufficient status may help you get rid of the stubborn belly fat.

Interestingly, new research also found that weight loss among overweight and obese women is associated with increased vitamin D level, so there appears to be a very strong link between your vitamin D status and your weight, through various mechanisms working on multiple levels.

How did humans become globally deficient in Vitamin D?

All plants though they are rooted, grow towards the sunlight. All animals bask in the sun. They know how much sun is good and when to seek the shade.

About a hundred years ago, humans too knew the benefits of the sun. So when did we start to live in the shadows?

Lack of Vitamin D has been implicated in more than a dozen diseases, including cardiovascular problems, insulin resistance, weight gain and more. Read more about the diseases that can be gotten rid of by getting sufficient Vitamin D levels here.  14 Diseases caused by Vitamin D Deficiency
Most working adults now work indoors during the sunlight hours. All are encouraged to wear sunscreens. Attaining fairness by staying out  of the sun is sought after by all women and girls. (Sun Screen manufacturing companies are even going to the far extreme of calling the sun dangerous!! Unfortunately, my grandma is no more, wonder what she would say to that!)
Children are also cooped up indoors in air conditioned classrooms. Playtime starts well into the evening, after the sun has set.
Humans now live in the shadows by preference, and we are now seeing diseases that our forefathers have not even heard of.
SUGGESTED READING : 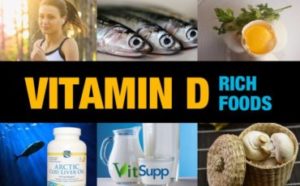 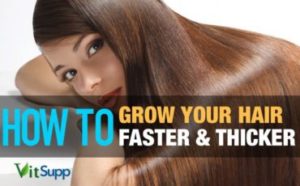 Why all eastern cultures have The concept of The Sun God

Natural vegetarian food sources of Vitamin D are next to nil. Most vegetarian sources of vitamin D are manmade (I mean fortified like milk, orange juice, cereals, soya milk etc).
The reason that nature does not have foods rich in Vitamin D is because like all plants and animals we are supposed to get it from the sun!
So take out fifteen minutes from your busy time and thank the sun for all the warmth and health it attempts to bestow on us.
Also I cannot resist.
So here is the sun temple from Konark, India. One can only wonder at the intelligence of  our ancestors who knew how important the sun was to human well being. Take a look at the chariot shaped temple of the illustrious and benevolent sun god.
Happy Sunning!