The Sanofi created epilepsy management drug Sodium Valproate has been found to have caused birth defects in an estimated 2,150 to 4,100 children in France.
Sodium Valproate is sold under various brand names in global markets including the US, UK, China and India.
Valproate and its derivatives are prescribed for the treatment of epilepsy in adults and children as well as in the treatment of bipolar disorder.
The drug regulator from France (ANSM) has conducted a study which has published the above estimates of the number of children born with birth defects due to Sodium Valproate in France.

The study found that children of women who had been treated for epilepsy were 4 times more likely to have serious birth defects than the general population. The study also found that the risk of birth defects in women treated with the same drug for bipolar disorder was 2 times the general population. The drug regulator (ANSM) said this was because women treated for bipolar disorder were less exposed to the drug. 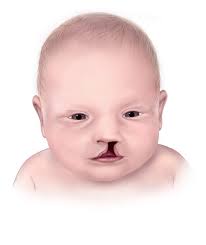 Birth defects attributed to the medication included spina bifida, which occurs 20 times more frequently in fetuses exposed to sodium valproate, besides defects of the heart and genital organs.
The nature of the birth defects the study evaluated are:

The risk of autism and developmental problems was also found to be higher and will be quantified in a follow-up report due later this year.
And UK support group Fetal Anti Convulsant Syndrome Association (FACS) has long been calling for doctors to tell their patients about the high risk that sodium valproate poses.
In January 2015, the UK Government warned that unborn children exposed to valproate were “at a high risk of serious development disorders”.
In 2013, USFDA has issued the following directive:

If you are a woman of childbearing age and are taking a valproate product, you should use effective birth control.

However, the medication only began carrying warnings on its packaging in July 2016.
Valproate – sold in France under the brand name Depakine – has been on the market there since 1967; and in Britain under the name Epilim / Epilim Chrono since 1973.

What is Sodium Valproate?

Do we need to drink 8 glasses of water every day?